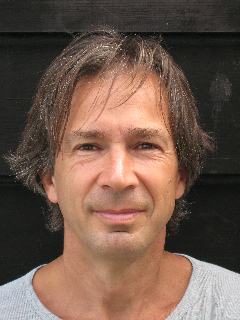 Research project on the meanings and the religious and political dimensions of processes of ‘memorialization’ and commemmoration regarding people, objects, events and ideas in modern Western society.

This project aims to establish a platform on the basis of which four academic institutes will be able to bring about international and interdisciplinary collaboration in the field of religious history. It will involve scholars at British, Dutch, Belgian, Scandinavian and German universities. The project’s intellectual aim is to explore the different ways in which the ecclesiastical reform agenda was pursued in Britain, Ireland, the Netherlands, Belgium, Scandinavia and Germany between 1780-1920, the impact this had on the relationships between church and state, and on the role that the churches played, as a result, within society.
In coöperation with: Joris van Eijnatten, VU University (Amsterdam), Nigel Yates (â€ ) Centre for the Comparative Study of Modern British and European Religious History, University of Wales (Lampeter), Documentation and Research Center for Religion, Culture and Society, Jan De Maeyer KADOC-K.U. Leuven (Leuven).

Three projects are grouped within this umbrellaproject. They all deal with ethnological and historical research on variations within religious culture of everyday life in modern Western society. The research focus is not on the institutionalized churches, but on vernacular or lived religion and on alternative and new forms of religion and new religious movements. Theme’s as civil religion and implicit religion will be adressed.
From a historical perspective research is executed on the culture wars of the 19th century and the mutual influencing of religious practices in relation to church, state and society:  Publication

1 Shrines and Pilgrimage Historical-anthropological research on sacred sites and spaces, the idolization and veneration of persons and objects, and pilgrimage and its material culture in Western culture.    (see    Bedevaartplaatsen in Nederland (BiN)  /  Bin on Line (BoL)
2 Apparitions in Contestation
Research on marginal conservative catholic communities and religious movements, usually related to non-acknowledged devotional cults and Marian apparitions, which articulate themselves in contestative, heterodox ways in writing, messsages or performances in order to resist modernity and modernistic themes and developments in church and society.
Related Articles
3 Implicit Religion
Research on hidden or implicit forms of religiosity verborgen in everyday life and which seem not to be related to traditonal, churchly forms of religion   (like civil religion, silence, nrm’s).
The project (2010-2012) entails an interdisciplinary project of ethnology, history, archeology and cultural heritage studies, within the context of cultural heritage processes along the pilgrimage road(s) (the ‘CamiÃ±o’) to Santiago de Compostela the project deals with three main research goals:
(1) indentification of cultural heritage along the ‘ultimate’ part of the CamiÃ±o and determine whether this is subject   to processes of heritageization or not;
(2) analysis of the effects   of the pilgrimage in the zone along the CamiÃ±o;
(3) analysis of the Fisterra/Muxia myth as being the final destination of the pilgrimage and produce new knowledge on the cultural landscape. Specially for New Agers the shrine in Santiago is in an increasing way not the destination of their spiritual pilgrimage anymore; they prefer to continue to the Atlantic ocean and reach via the ‘mystic’ part of the CamiÃ±o the end of the world: Finisterra (or Muxia).  The project will be executed within the Heritage Laboratory (LaPa) of the research center P. Sarmiento in Santiago, part of the Spanish National Research Council, in collaboration with the Meertens Institute.

Peter Jan Margry (Breda, 6 April 1956). After finishing the O.L. Vrouwelyceum Highschool in Breda, Margry joined in 1975    the Gerrit Rietveld Art Academy in Amsterdam (photography). In 1976 he switched to the University of Amsterdam, where he   took up, for one year, the study of Dutch language and literature, and continued there in 1977 with the study of History. He received his BA in 1980 and his MA in Medieval History in 1983.

After his graduation  he worked  from 1984 to 1986 as researcher-archivist at the National Archives in The Hague. Meanwhile he started at the school for higher archival studies and received its degree in 1986.

From 1986 to 1990 he was scientific staff member at the National Audit Office in The Hague (from 1987 onwards parttime). In 1987 he became, initially also parttime, Archival Inspector in the Dutch province of Noord-Brabant. In this capacity he became member or president of various boards and high commissions in the (international) archival network.

As consultant Cultural Heritage he was commissioned by the Dutch Ministry of Foreign Affairs and private organisations, and was send out to Suriname (1990-1991, 1993, 1997) and the Indonesian province Papoua (1992-1993).

From 1993 to 2000 he was director of a major national project on Pilgrimage Culture in the Netherlands, within the Department of Ethnology at the Meertens Institute in Amsterdam, one of the special humanities institutes of the Royal Netherlands Academy of Arts and Sciences (www.knaw.nl/). Under his supervision the four volume lexicon on Pilgrimage Shrines was published and the  on-line research database (BoL  databank)  was developed.

During the period 1995 and 1998 he combined the Meertens work with a temporary appointment at the University of Tilburg for his PhD research on the protestant-catholic culture war on public rituals in the nineteenth century Netherlands. It resulted in his PhD in January 2000 (see the summary of the dissertation below).

In 2000-2001 he was based in Rome, affiliated to the Netherlands Institute in Rome, where he researched contemporary catholic cults and devotions in Italy, and their international networking and relationships with the Netherlands.

From 2001 to   2004 he was one of the members of the Management Team of the Meertens Institute and was director of the Department of (European) Ethnology. In 2005 he became senior research fellow, with the special interest fields Religious Culture and Memorialisation.

Since 2004 he is Executive Vice-President of SIEF, the International Society for Ethnology and Folklore. In 2010 he became also president of the Working Group on  Ethnology of  Religion.

He has written over 250 articles and books (see list of publications above), and is editor or board member of several journals