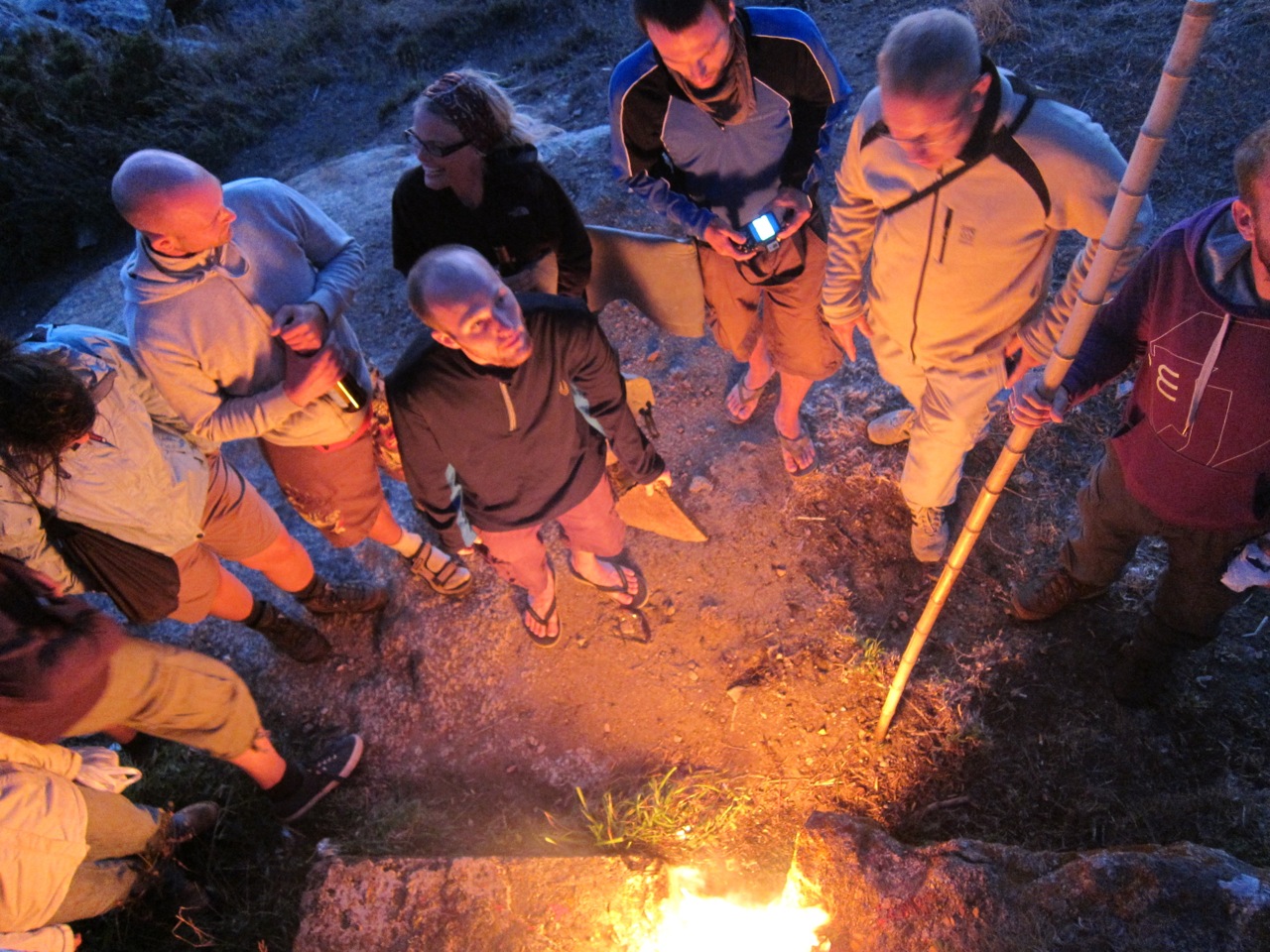 Since a decade or so the hiking tracks from Santiago de Compostela to two villages on the Atlantic shore, Fisterra (Finisterra) and MuxÃ­a, have become an informal extension of the Camino to Santiago. This additional track is usually walked by those who after a long pilgrimage arrived in Santiago and there, being disappointed by the sudden ending of their journey, decide to continue for Fisterra, in their eyes the symbolic ‘end of the world’ and therefore for them in a contemplative and spiritual way a more appropriate place to finish and return to normal life than busy, churchy and touristic Santiago. This ‘bonus’ track to Fisterra is however not acknowledged by the Church as being part of the official Camino. It is a spiritual path that finds the interest of a variety of walkers, like new agey people with a fascination of its presumed ‘celtic’ origins. For many, it is only when they have reached this symbolic end of the world (‘Finis-terra’) that their pilgrimage has really come to an end. Therefore, after having watched the sun set in the ocean, pilgrims usually start with the ritual burning of their walking clothes and shoes. This purification ritual with a liminal character seems to have become ‘obligatory’. It is forbidden as due to this practice the peninsula has been set to fire many times. Right after the picture was taken officials popped up who ordered the group to extinguish the fire

Photo above on 12 September 2010 by Peter Jan Margry, as part of the project on the Heritagization processes along the Santiago-Finisterra path, a collaboration project of the Heritage Laboratory (Spanish National Research Council) in Santiago and the Meertens Institute (Royal Netherlands Academy of Arts and Sciences) in Amsterdam 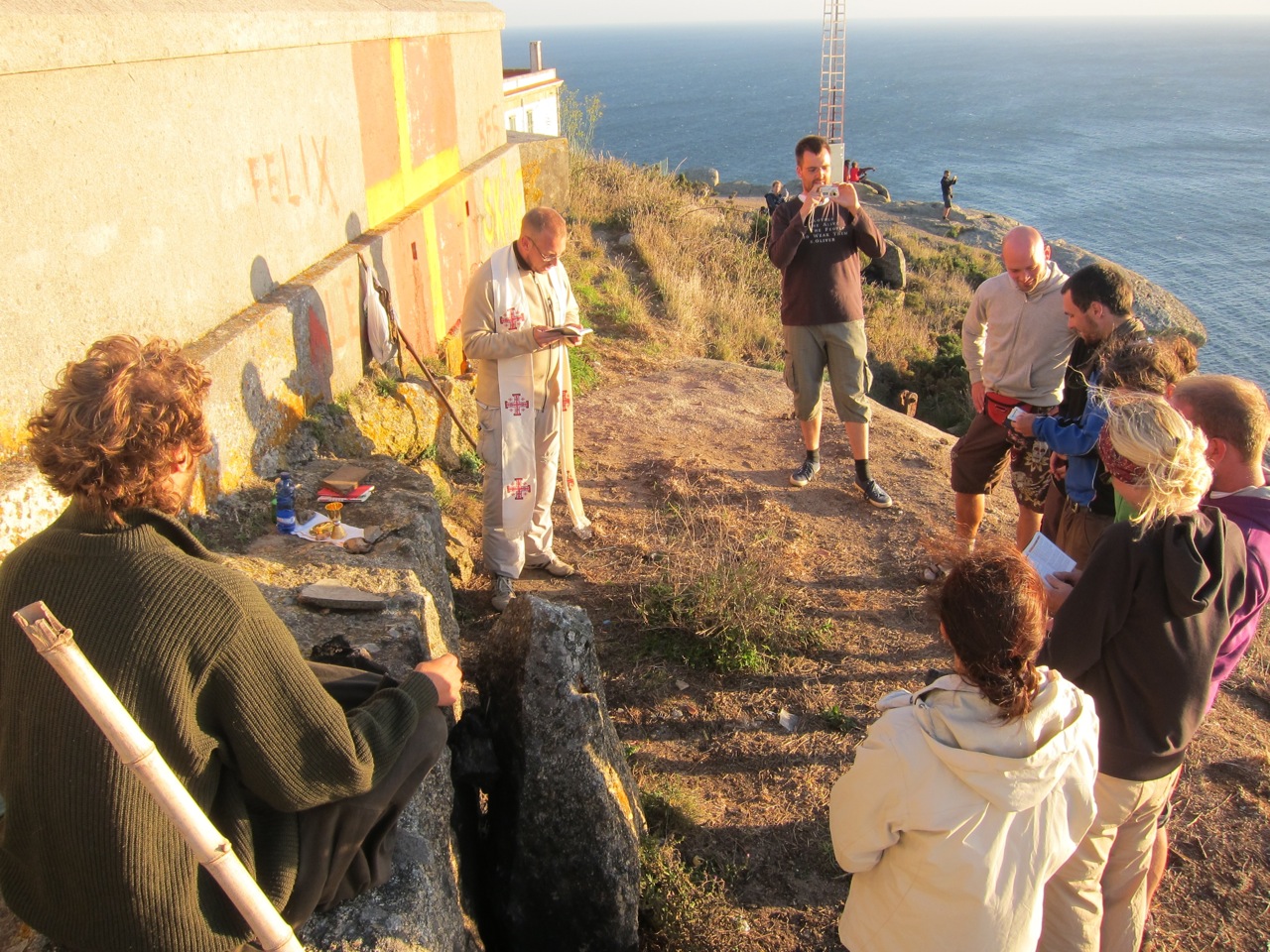 During fieldwork on the Camino de Fisterra (or Finisterra) I met a group of individual German pilgrims, who had been flocking together already while walking the Camino de Santiago. They decided to continue together, also after having arrived at their initial destination Santiago de Compostela. When they reached their second destination the rocky peninsula of Fisterra, I bumped into them again during the last kilometer before reaching the Atlantic shore. One of the group turned out to be a catholic priest and proposed at their arrival not only to see the sun set but to have a formal liturgical ending of the pilgrimage by celebrating an open air mass on top of the rock. Out of his backbag the priest brought up all the necessary paraments and portable vasa sacra, some hosts and wine. It all was positioned on a temporary altar, a big rock. As the mass was rather long and everybody became nervous for missing the impressive sunset as a symbolical ending of the pilgrimage, the priest stopped just in time.

Photo on 12 September 2010 by Peter Jan Margry, as part of the project on the Heritagization processes along the Santiago-Finisterra path, a collaboration project of the Heritage Laboratory (Spanish National Research Council) in Santiago and the Meertens Institute (Royal Netherlands Academy of Arts and Sciences) in Amsterdam.