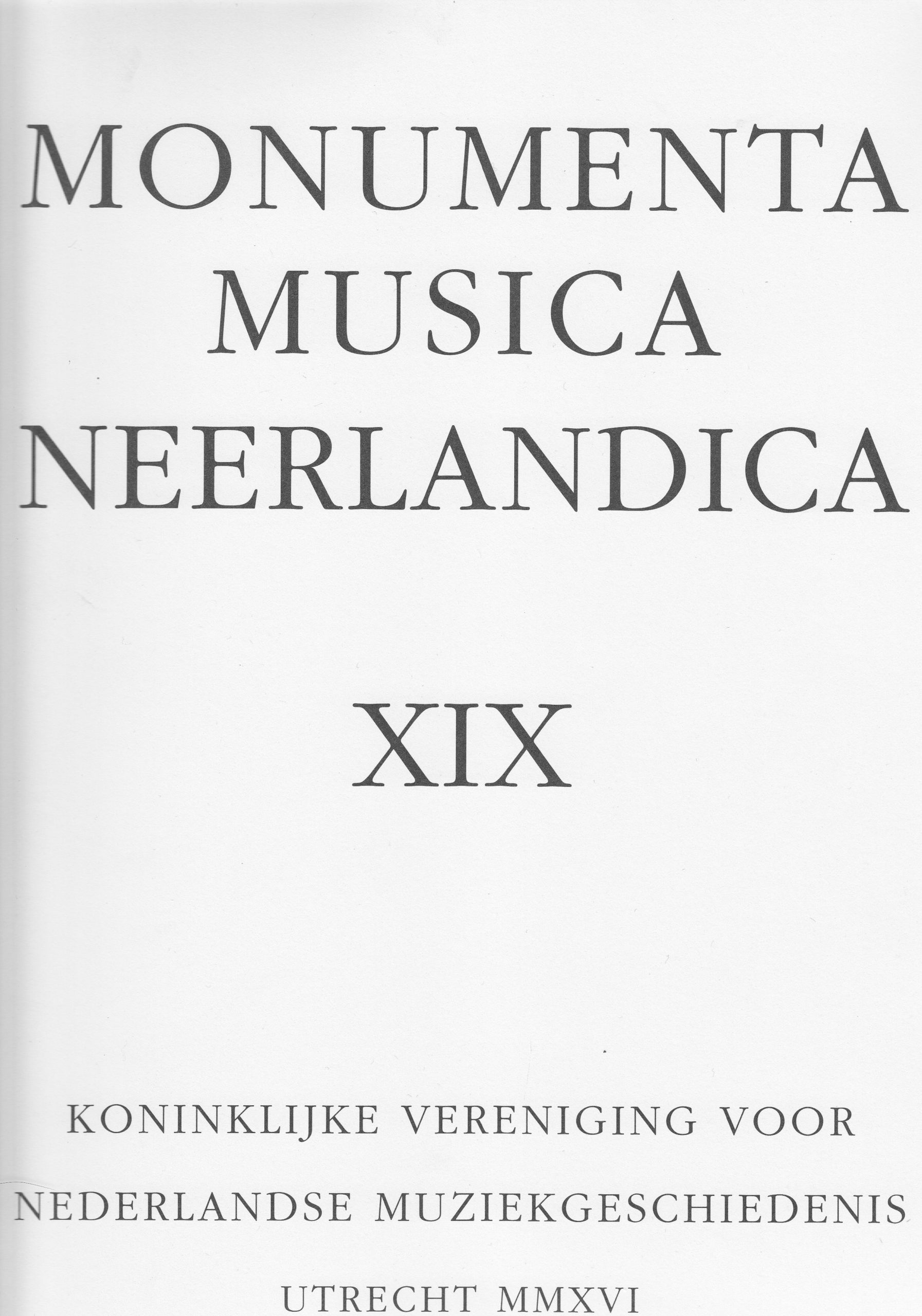 In 1554 the Maastricht printer Jacob Baethen published Niewe Duytsche liedekens (New Dutch Songs), a collection of thirty polyphonic set-tings of secular texts in the Dutch language. Baethen published the work in five part-books, of which one has been lost: the superius. About half the pieces are found in other sources, especially in Een Duytsch musyck boeck (A Dutch Music Book, 1572). For the rest, the top voice was meticulously reconstructed by the editors of this volume, Louis Peter Grijp and Nico van der Meel.

The result is a collection of thirty beautiful liedekens, by famous composers such as Jacobus Clemens non Papa and Loduvicus Episcopius, along with lesser known composers such as Jean Wintelroy, Theo Evertz, Joannes Zacheus, Claude Salmier, Franciscus Flori, Servaes van der Muelen, Pierken Jordain, and Jean Petit de Latre. Episcopius is the most prominent composer, present with no less than eight compositions. He served for more than 40 years as zangmeester at the St. Servaes Church in Maastricht. The songbook has a strong Maastricht identity and is also known as ‘Maastricht Songbook’.

In the edition the reconstructed parts can be distinguised visually from the authentic parts. Most of the pieces have 4 voices, but there are also a few pieces with 3, 5, and 6 voices. There is one liedeken for 8 voices, Episcopius’s impressive ‘Ghequetst ben ic van binnen’ (I am wounded within). The transcriptions are in the original keys but in modern clefs. There is a thorough introduction in English and an adequate critical apparatus including English translations of all Middle-Dutch texts.

LOUIS PETER GRIJP (1954 – 2016) was a senior researcher in oral culture at the Meertens Institute in Amsterdam and professor of Dutch song culture at Utrecht University. His Ph.D. dissertation on the mechanism of contrafactum writ-ing in Dutch 17th century songs (Utrecht, 1991) has served as the fundament of the Dutch Song Database (Nederlandse Liederenbank). As a musician, Grijp was lutanist and artistic leader of the early music ensemble Camerata Trajectina.

NICO VAN DER MEEL is a professional singer, famous for his role as Evangelist in Bach’s Passions. He performed with conductors such as Sigiswald Kuijken, Harnoncourt, Gardiner, Leonhardt, Schreier, De Vriend, Van Veldhoven, Brüggen, and Sir Colin Davis. Van der Meel is a member of Camerata Trajectina, with which he recorded over fifteen cd’s. One of them is devoted to the ‘Maastricht songbook’ (Niewe Duytsche liedekens). Available via www.camerata-trajectina.nl and audible via www.liederenbank.nl.