Sense and Essence. Heritage and the Cultural Production of the Real 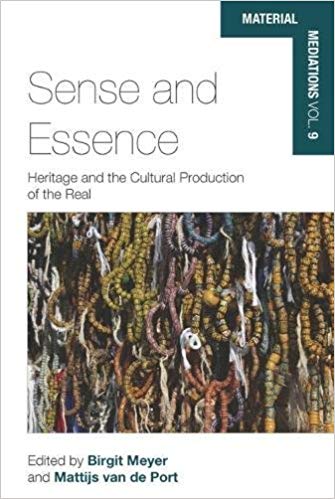 Contrary to popular perceptions, cultural heritage is not given, but constantly in the making: a construction subject to dynamic processes of (re)inventing culture within particular social formations and bound to particular forms of mediation. Yet the appeal of cultural heritage often rests on its denial of being a fabrication, its promise to provide an essential ground to social-cultural identities. Taking this paradoxical feature as a point of departure, and anchoring the discussion to two heuristic concepts—the "politics of authentication" and "aesthetics of persuasion"—the chapters herein explore how this tension is central to the dynamics of heritage formation worldwide.

Birgit Meyer is Professor of Religious Studies at Utrecht University. She is co-editor of Material Religion. Her recent publications include Aesthetic Formations: Religion, Media and the Senses (ed., Palgrave 2009), Things: Religion and the Question of Materiality (ed. with Dick Houtman, Fordham 2012), Sensational Movies: Video Vision and Christianity in Ghana (University of California Press, 2015), and Creativity in Transition: Politics and Aesthetics of Cultural Production Across the Globe (ed. with Maruška Svašek, Berghahn, 2016).

Two chapters are written by researchers of the Meertens Institute: