Colloquium & boekpresentatie: Documentation and revitalisation of languages in Eurasia 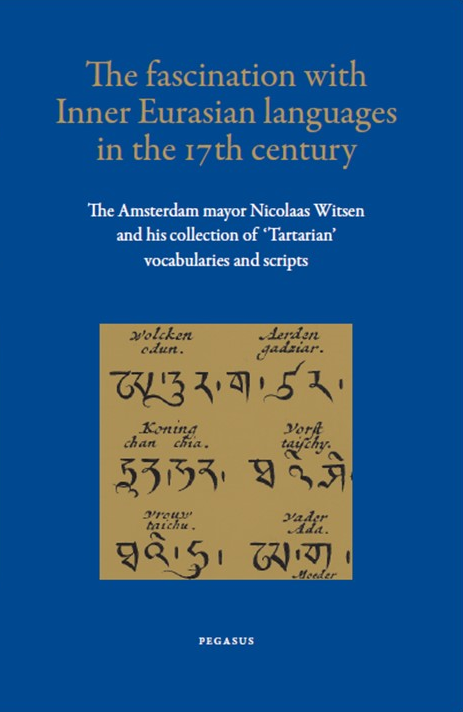 This colloquium will take place on the occasion of the launch of a collection of articles entitled The Fascination with Inner Eurasian Languages in the 17th Century, The Amsterdam mayor Nicolaas Witsen and his collection of ‘Tartarian’ vocabularies and scripts.

This book contains a number of studies on the language samples in Nicolaas Witsen’s North and East Tartary – glossaries, short texts (translations of the Lord’s Prayer), writing systems and other data. Most of the contributions are new and were written by specialists in the relevant languages, such as the languages of the Caucasus, Samoyed languages, Finno-Ugric languages, Mongolic languages, Turkic and Tungusic languages. The book will be an important source of information on the earlier stages of some of the Siberian languages and other languages spoken in the huge Eurasian landmass and, it is hoped, prove useful as a tool for further research by historians, linguists and other scholars interested in Eurasia and its languages and cultures. Many of these languages are to a greater or lesser extent endangered: speakers have ceased to use them, use them in an ever decreasing number of domains, and are no longer passing them to the next generation.

During the colloquium specialists will introduce to a non-specialist audience the situation today of some of the languages described by Witsen, how many speakers there still are, whether these languages are passed on to the next generation, whether and how the languages are described and documented, and how documentation can be realised through field work and be used for the preparation of educational material. To put this into a broader context, guest speaker Nicholas Ostler will present his views on the efforts to revitalize endangered languages. He is the author of several books on related topics and the chairman of the Foundation for Endangered Languages, whose mission it is to support, enable and assist in the documentation, protection and promotion of endangered languages.