Syntax of Dutch. Coordination and Ellipsis 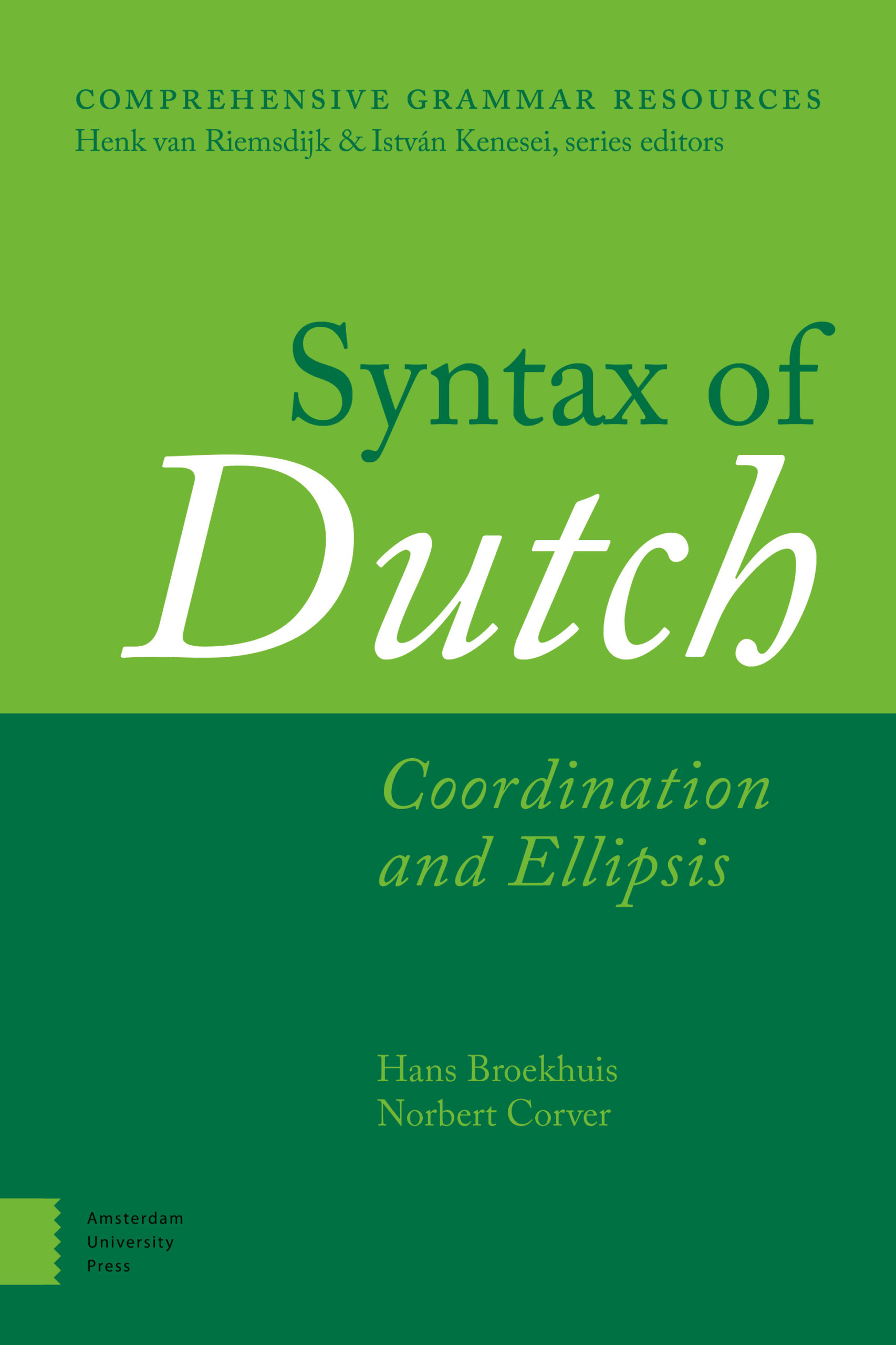 The multi-volume work Syntax of Dutch presents a synthesis of current thinking on Dutch syntax. The text of the seven already available volumes was written between 1995 and 2015 and issued in print between 2012 and 2016. The various volumes are primarily concerned with the description of the Dutch language and, only where this is relevant, with linguistic theory. They will be an indispensable resource for researchers and advanced students of languages and linguistics interested in the Dutch language.

This volume is the final one of the series and addresses issues relating to coordination. It contains three chapters. Chapter 1 discusses the syntactic and semantic properties of coordinate structures and their constituting elements, that is, the coordinators and the coordinands they link. Chapter 2 discusses the types of ellipsis known as conjunction reduction and gapping found in coordinate structures. Chapter 3 discusses elements seemingly exhibiting coordination-like properties, such as dan ‘than’ in comparative constructions like Jan is groter dan zij ‘Jan is taller than she’.